FACE – Federation of Associations for Hunting and Conservation of the E.U.

AECAC joined FACE as a non voting member in 2007. AECAC makes an annual financial contribution and participates actively in those matters which concern the gun trading.

AECACs official seat in Brussels is the FACE HQ.

The collaboration with FACE has been significant and the results very important.

The ESSF is an organised working group of all the European Associations which have a legitimate interest in Sport Shooting activities. Hunters, Marksman, Gun Producers, Collectors and Gun Traders, are represented through their European association in this group.

The ESSF allows all sectors at European Level to coordinate themselves in different issues. Matters such as the avian influenza, the Fire Guns Directive, the initiative concerning the implementation of the UN Protocol or the general situation in the European Institutions are debated in the Forum.

The ESSF is a “think tank” of the hunting and shooting sector. Its approach to all issues is very technical.

WFSA – WORLD FORUM OF THE FUTURE OF SPORT SHOOTING ACTIVITIES

AECAC is a voting member of the WFSA, we take part in some of the WFSA meetings.

The current issues in which WFSA are involved are the following:
Arms Trade Treaty: This is an important issue for our sector. WFSA is working hard with this. A specific team has been designed to work on this matter.

Programme of Action (POA) on SALW: Preparations for the Fourth Biennial Meeting of States (BMS4) of June 14-18, 2010, in New York, continue. Again, this will be a major event. Several WFSA groups have let it be known to the Secretariat that they wish to speak at the BMS4. A resolution passed by the UN General Assembly has also authorized an Open Ended Working Group to meet twice in 2011 to review the POA and make recommendations to a major conference on SALW in 2012.

United Nations Firearms Protocol: An “Expert Working Group for the Development of a Model Law on Firearms” met in Vienna on February 23-25.

International Small Arms Control Standards (ISACS): The UN in Geneva is close to finalizing “modules” containing so-called “standards”. High representatives of the WFSA are participating in the Reference group. It has been reached the end of the first intensive drafting and review phase of the ISACS project, seven months after launching it at a workshop in Geneva in July 2009. Some of the modules (Civilian Possession and Registration) are said to contain bad phrasing.

Ammunition: The UN effort towards guidelines for ammunition stockpiles is about to release its first draft. Hypothetically there will be a meeting in the future so that interested parties can have input.

Transit Task Force (TTF): The TTF has adopted a title for its workshop: “Sporting Firearms and Ammunition as Airline Baggage: Growing Problems – Simple Solutions.” The tentative date for the workshop is November 10, 2010.

CIC/Lead: A successful meeting was held in Rome on February 4, 2010 between members of the International Council on Game and Wildlife Conservation (CIC), the World Forum on the Future of Sport Shooting Activities (WFSA) and the Federation of Associations for Hunting and Conservation of the European Union (FACE).

AECAC has been consulted as stakeholder concerning firearms regulations by the European Firearms Experts (EFE).

This organisation was created by the Dutch Government during its presidency of the EU. It is a working group of all the European (national) police bodies or police departments responsible for gun control. The organisation and secretary of EFE is lead by the Dutch police. The group has 2 presidents: one designated always by the Dutch government and the other by the country holding the European presidency at the time. The group meets twice a year. The country holding the presidency of the EU at the time organizes the meeting.

Until now their job has been focusing on coordination and information between the different national polices.

Their aim is to create simple systems for control of the legal gun owners so that the police could focus their energy on fighting the illegal guns. Their main target is to create a European system enabling all European police departments to have easy and quick information on guns.

They shared most of our views on the typical issues: replicas, the licensing system (4 categories), UN protocol, etc … Their proposals are directed more to the internal activity of the police than to the activity of citizens and companies.

The EFE is one of the organisations being consulted by the Commission concerning the open issues of the firearms directive (definition of replicas, deactivation of firearms and the report on the categories system). 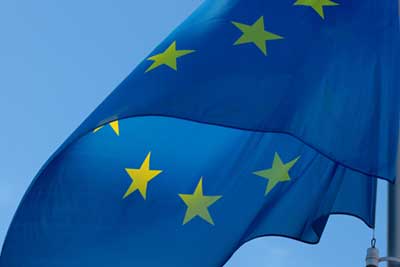